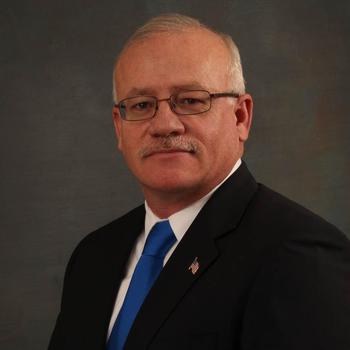 ●  For over 20 years, Pat has served the people of Blue Earth County both in the capacity of Assistant County Attorney and, for over eleven years, as a Chief Assistant County Attorney.  During that
time, Pat has prosecuted most of the serious cases in Blue Earth County.
●  Pat’s community service engagement is grounded in community public safety and public service projects. Pat has extensively engaged in community public safety.
●  He established the Blue Earth County Attorney’s Office Veterans Program, which was embraced by the 5th Judicial District, and now serves veterans in 7 counties.  The 5th Judicial District Veterans Court was the second Veterans Court adopted in the state, and the first multi-jurisdictional Veterans Court in the state.  Re-entry into civilian life can be challenging for veterans returning from duty.  Homelessness, substance abuse, traumatic brain injury, sexual trauma and PTSD are all too often collateral consequences of service that can contribute to entry into the criminal justice system. Now, public agencies have teamed up to
help.
●  He serves as a board member of the Minnesota River Valley Drug Task Force which covers nine law enforcement agencies in a four county area.
● He was instrumental in establishing the Blue Earth County Adult Drug Court which targets non-violent felony drug users and holds them accountable - a proven way to save tax payer dollars and reduce recidivism.
●  He assisted with the local Blue Print for Safety, and has assisted with many mental health, social service, child protection, and other health and human services programs.
●  Pat has taught law enforcement officers and prosecutors throughout the state on behalf of numerous agencies, including:
The Minnesota Coalition for Battered Women
The Minnesota Sheriffs’ Association
The Minnesota Chiefs of Police Association and
The Minnesota County Attorneys Association
●  Pat is an advisor to, and provides training for the Minnesota South Central Investigators Coalition;
a group of more than 70 area Investigators and Detectives.
●  For over fourteen years, Pat has served as an adjunct professor with the Department of Government at Minnesota State University, Mankato.
●  Pat came to Mankato well experienced in public safety, having served previously as Assistant City Attorney with the City of Shakopee, and gaining experience, there, with civil law matters relating to tax appeals and government finance. Pat also has extensive litigation and civil experience in private practice with the Minneapolis firm of Lommen, Nelson, Cole & Stageberg, P.A.